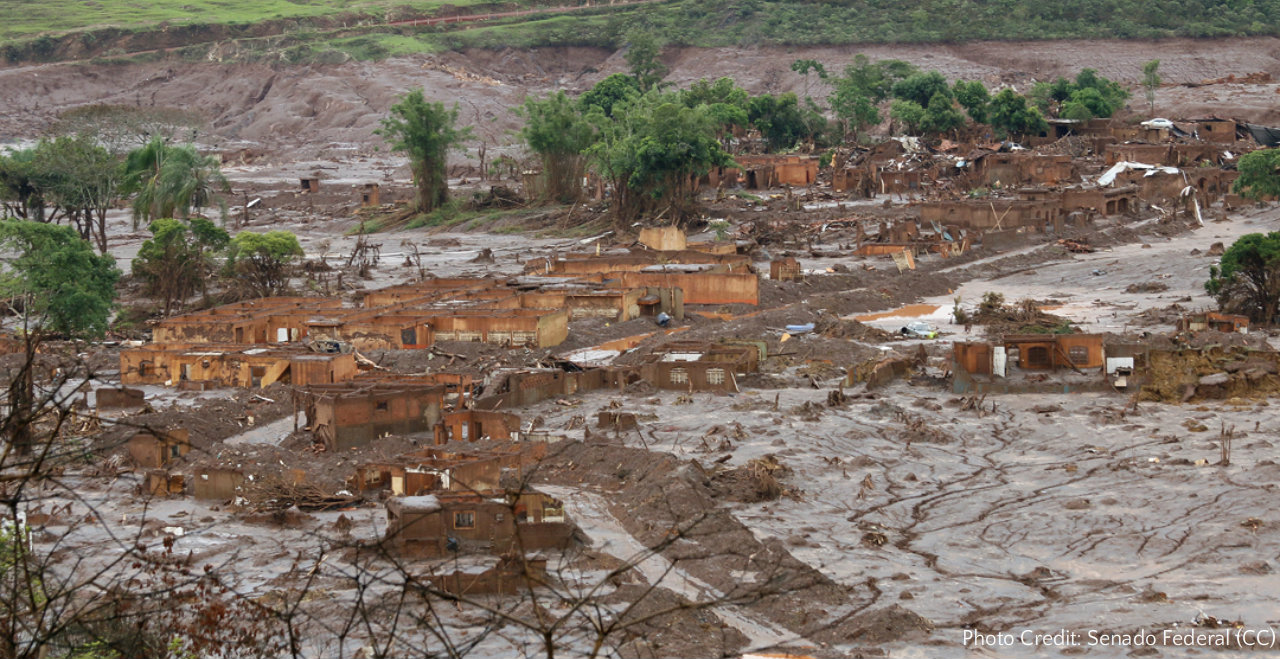 Antoine Heuty is the founder and CEO of Ulula. Antoine has authored articles on transparency, social innovation, resource governance and economic development. He has also published and appeared in the Financial Times, Le Monde, CNN International, the BBC and other media.


Obama’s signature of a U.S. bill enabling the ownership, trade, and exploitation of mineral riches in the outer space contrasts with the present challenge to manage mining (on Earth) in a sustainable way. The toxic muds unleashed after the collapse of two dams at the Germano mine operated by Samarco in Brazil last month killed at least 13 people and destroyed the Rio Doce river basin. Whereas the futuristic scramble for access to minerals in the red planet are unrealistic, uneconomic, and illegal, the red muds of Samarco are very real.

As concerns remain regarding the collapse of two further mining dams in Brazil, moving beyond “polluters pay” resolutions to more proactive, scalable, and cost-effective preventive mechanisms becomes fundamental for Latin America’s extractive sector. In that context, the Latin American Dialogue Group together with United Nations Development Programme (UNDP) will be hosting an open dialogue on transparency and dialogue in extractives industries in Latin America in Lima on December 10-11. The multistakeholder forum will focus on the implications of the Samarco disaster and the need for better strategies to manage on-the-ground risks in other sites across Latin America.

Rethinking Health, Safety and Environmental Practices
The consequences of the environmental disaster that took place in Brazil have already taken a dramatic turn after the Brazilian government declared the state of emergency for Rio Doce’s river basin and filed a civil suit for 5.2 billion USD against iron ore operator Samarco and its parents, BHP Billiton Ltd and Vale SA. The International Council on Mining and Metals–which represents 23 of the world’s largest mining companies–announced it would review its standards on tailings storage facility and critical controls.

However, addressing the problem will require a more decisive effort. The fact that CDP (Driving Sustainable Economies)–one of the leading data providers and standard setter on climate change–had recently released an environmental rankingassessment of the mining sector with Vale and BHP Billiton at the top of the list, poses questions around the reliability of the existing data collection methods. Indeed, Minas Gerais state environmental prosecutor claimed that “this [Samarco disaster] is no accident. It is a mistake in operation and negligence in the monitoring.” What’s more, despite a critical report from the Pristino Institute in 2013 underscoring the instability of the dam, no further action was taken to address these problems.

A more effective system for ensuring dialogue across stakeholders and improving monitoring of social and environmental impacts is as urgently needed as hard to establish in the current situation. In spite of civil society’s demands, until now, corporations have failed at responding to such concerns, and government’s inability to enforce environmental and social regulations has been striking,

Peru: a case study
The catastrophe that took place in Brazil has direct implications for areas with high mining activity like Peru. BHP Billiton for example is now reviewing two of the other sites it part-owns, in order to evaluate whether control mechanisms in place are adequate and to better allocate operational responsibility. One of these at-risk sites is the giant copper, zinc, and molybdenum Antamina mine in Ancash region, Peru.

Over eighty percent of conflicts (over 150 reported by the Defensoría del Pueblo (Peru’s Ombudsman’s Office) during 2015 relate to socio-environmental problems in the extractive sector. Tensions in the sector are increasing, and lately conflicts in Las Bambas and Tia Maria regions have left 5 dead and put billions of dollars invested in jeopardy.

The upcoming conference is an opportunity to define a protocol to advance transparency and dialogue in Latin America’s extractive sector. Some attempts have tried to address the shortcomings of existing communication systems by creating better incentives to manage “above ground” risk. For example, in order to better assess social risk and perceptions around mining, all community members, including indigenous groups need to be able to safely voice their expectations and concerns, and this information needs to be timely, continuous, affordable, manageable and meaningful–as outlined by the OECD stakeholder engagement guidelines.

The ubiquity of mobile phones offers a significant opportunity to empower workers and communities in Latin America, gather data, and prevent risks in the mining sector. This would bring shared value to both communities and other stakeholders. Latin America is expected to have over 400 million mobile phone users by the end of 2015.

For example, delivering better information to miners and enabling them to give feedback on their health, safety, and welfare can help reduce accidents, drive productivity, and help attract more talent to the mining sector. Simple polling via SMS or voice can provide feedback from communities on environmental-related concerns; while mobile broadcasting messages can warn miners about unstable mining shafts, inform them on the dangers of chemical processing of metals, or broadcast information about health centers for cases of emergency.

Simple mobile technology has the potential to facilitate better monitoring, communication, and “citizen science,” paving the path to a more sustainable exploitation of minerals in the region and beyond. The world needs to set a course towards responsible mining, and head off the environmental disasters that awaits us if we don’t. The Peru conference is an opportunity to set a new direction.